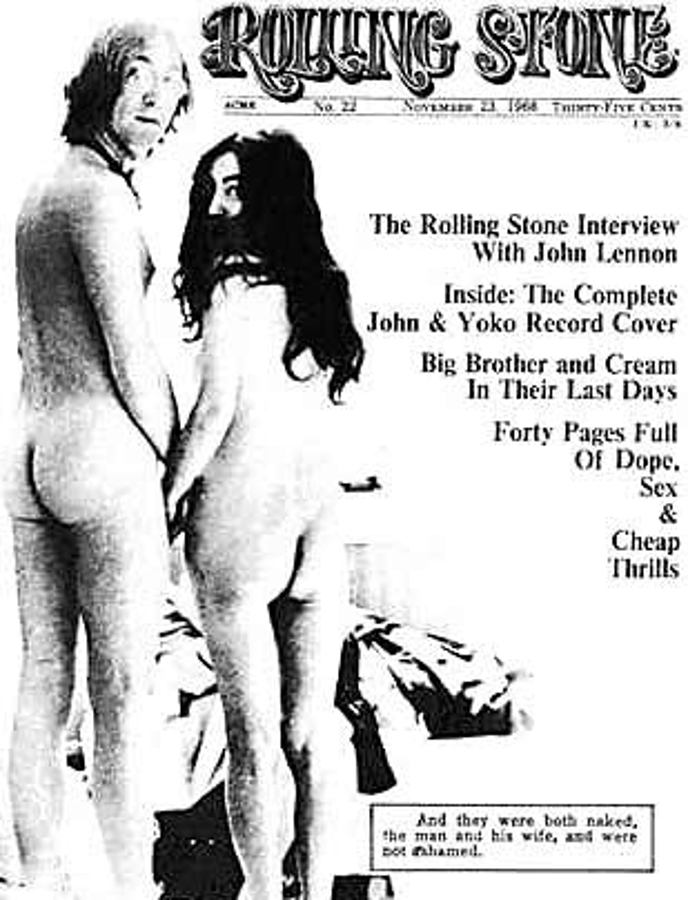 The interview took place at John Lennon and Yoko Ono’s temporary basement flat in London -- a flat where Jimi Hendrix, Ringo Starr and William Burroughs, among others, have stayed. But the flat seemed as much John and Yoko’s as the Indian incense that took over the living room. The walls were covered with photos of John, of Yoko, a giant Sgt. Pepper ensign, Richard Chamberlain’s poster collage of news clippings of the Stones bust, the Time magazine cover of the Beatles.

We arrived at five on the afternoon of September 17, said hello to gallery owner Robert Fraser, who had arranged the interview, and to John and Yoko, sitting together, looking “tres bien ensemble”. We sat down around a simple wooden table covered with magazines, newspapers, sketch paper, boxes, drawings, a beaded necklace shaped in the form of a pentangle.

John said he had to be at a recording session in half an hour, so we talked for a while about John’s show at the Fraser Gallery. John wrote some reminders to himself in the wonderfully intense absorbed way that a kid has painting the sun for the first time. As a philosopher once remarked: "Were art to redeem man, it could do so only by saving him from the seriousness of life and restoring him to an unexpected boyishness." When we arrived the next afternoon, September 18, John was walking around the room, humming what sounded like “Hold Me Tight” -- just singing the song to the air. Old '50's forty-fives were scattered about the floor, and John played Rosie and the Originals’ version of “Give Me Love.” We talked about the lyrics of Gene Vincent’s “Woman Love.” In spite of having slept only two hours, John asked us to sit down on the floor and begin the interview.