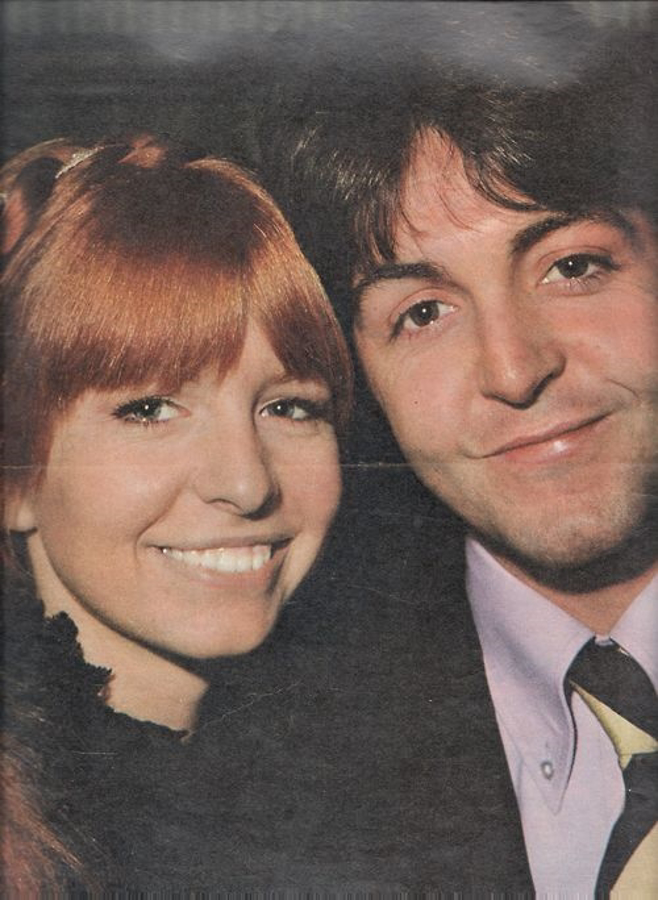 The day after his arrival in the United States, Paul McCartney spent the day in San Francisco.

He and Mal Evans had flown into the city from Los Angeles in the early hours of the morning. The city was experiencing its first snow for 42 years, and the temperatures were much colder than the pair had been expecting.

The trip was to surprise McCartney's girlfriend Jane Asher on her 21st birthday the following day. With a free day McCartney and Evans saw the sights, photographed the Golden Gate Bridge and bought records.

They also visited the Fillmore Auditorium, where Jefferson Airplane were rehearsing. Afterwards they accompanied Marty Balin and Jack Casady to the Oak Street apartment they shared with the band's road manager Bill Thompson, where McCartney played them an acetate of the Sgt. Pepper's Lonely Hearts Club Band album. They also attempted a jam, but McCartney had trouble playing Casady's right-handed bass guitar.

McCartney smoked cannabis with Jefferson Airplane, but declined an offer of DMT mixed with cannabis. Despite this, rumours persist in the city that he did partake in the hallucinogenic drug. At the end of the evening Jack Casady took them back to their hotel.