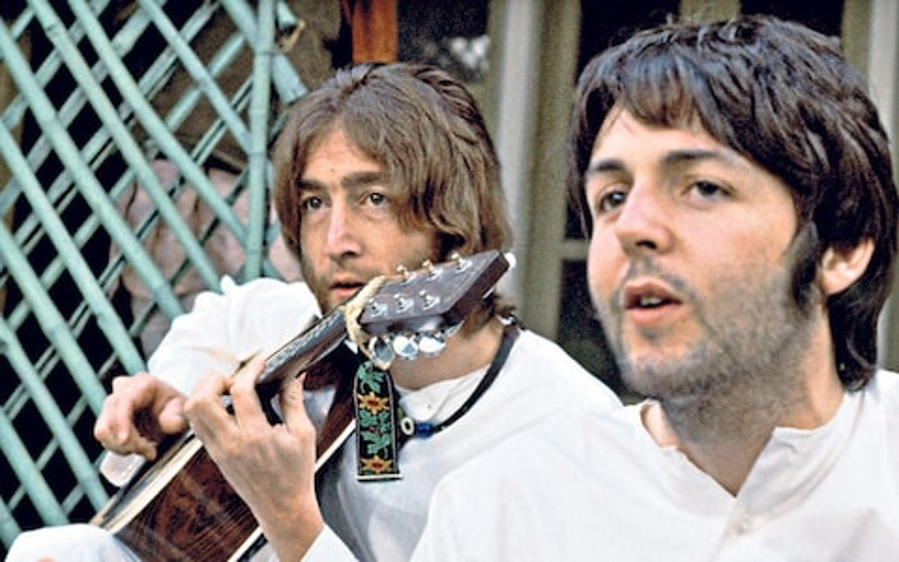 On the night of 11 April, Lennon, Harrison and Mardas sat up late discussing their views of the Maharishi and decided to leave the next morning. In Brown's description, the discussion resembled an argument, with Harrison "furious" at Mardas' actions and not believing "a word" of the allegations. In the morning, the Beatles and their wives packed hurriedly, while Mardas went to Dehradun to find taxis. Lennon was chosen to speak to the Maharishi.

Lennon described the exchange in his 1970 interview with Jann Wenner of Rolling Stone, later published as the book Lennon Remembers. When the Maharishi asked why they were leaving, Lennon replied, "If you're so cosmic, you'll know why." Paul Mason, a biographer of the Maharishi, later interpreted Lennon's statement as a challenge to the Maharishi's claim of cosmic consciousness. In his Rolling Stone interview, Lennon said that his mind was made up when the Maharishi gave him a murderous look in response.

With regard to his own position, Harrison said that he had already told the Maharishi that he would be leaving before the course relocated to Kashmir, because he was due to participate in the filming of Raga, a documentary about Ravi Shankar, in the south of India.