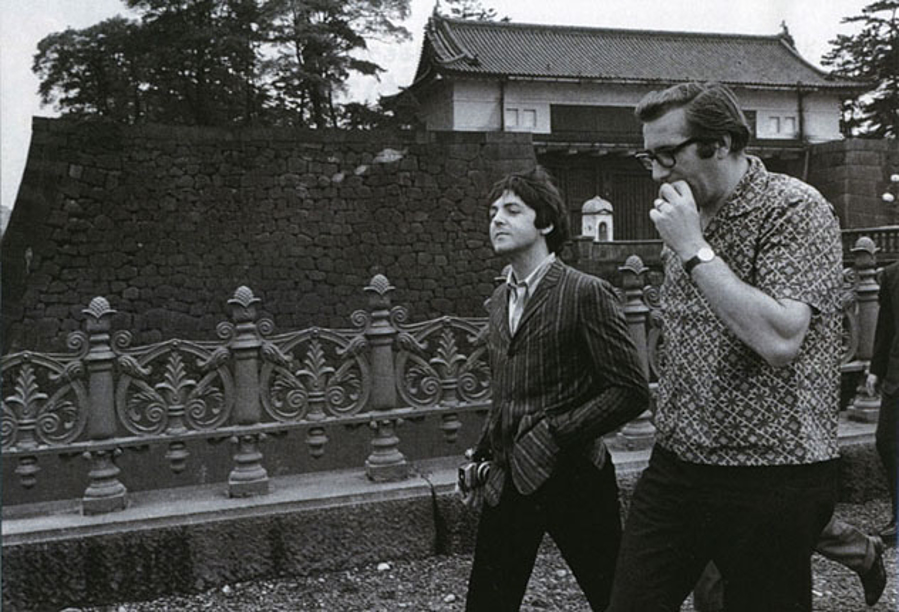 In the early hours of this morning, after he was recorded chewing celery on The Beach Boys' song Vegetables, Paul McCartney returned to John and Michelle Phillips' house in Los Angeles, where he had been the previous day.

McCartney brought Brian Wilson back to the Phillipses' house, and various musical instruments were brought out. John Phillips also filled a tray of glasses with different amounts of water, and McCartney made sounds by rubbing the rims. He also played cello and flugelhorn at the house.

The jam lasted much of the early morning, and McCartney and Mal Evans returned to Derek Taylor's house in time for breakfast. McCartney and Evans then flew back to England, during which ideas for the Magical Mystery Tour film and songs were worked upon.

McCartney borrowed a notepad from a flight stewardess and drafted the lyrics for the Magical Mystery Tour song. He then drew a rough plan for the film, using a circle divided into eight segments to represent the 60 minutes of a television special.