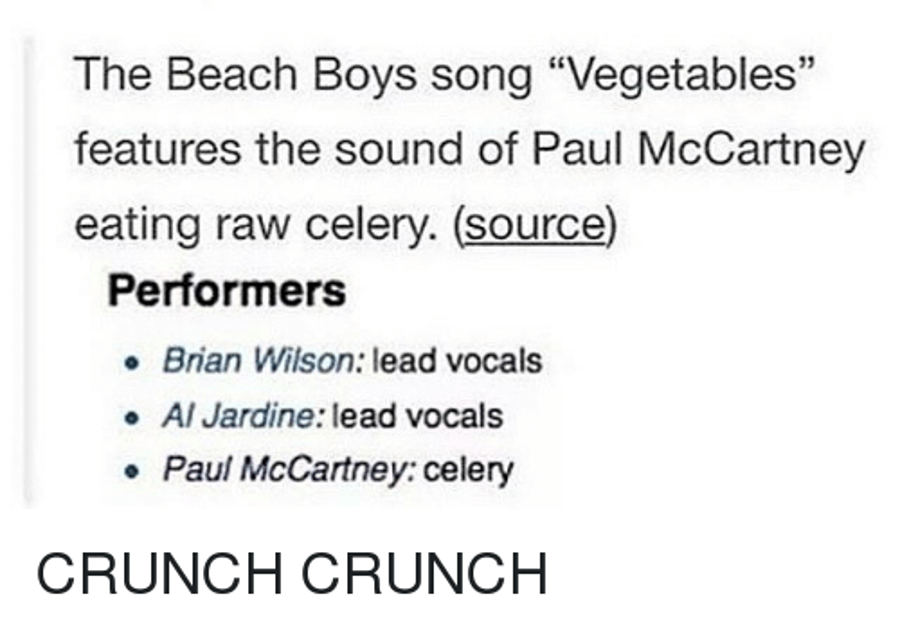 The day after their arrival in Los Angeles, Paul McCartney and Mal Evans spent the day shopping at Century Plaza, where Evans bought a talking pillow.

In the afternoon the pair visited John and Michelle Phillips of The Mamas And The Papas. After a while McCartney left alone to meet The Beach Boys, leaving Evans with the Phillipses.

At the time Brian Wilson was working on the song Vegetables, intended for the Smile album but eventually released on Smiley Smile. McCartney was recorded chewing celery.

The night before a big tour, I was out in the studio recording the vocal when, to my surprise, Paul McCartney walked in and joined Brian at the console. And, briefly, the two most influential musical Geminis in the world had a chance to work together. I remember waiting for long periods of time between takes to get to the next section or verse. Brian lost track of the session. Paul would come on the talkback and say something like 'Good take, Al.'

McCartney also performed on an unreleased version of On Top Of Old Smokey. Shortly after midnight he arrived back at the Phillipses' house.