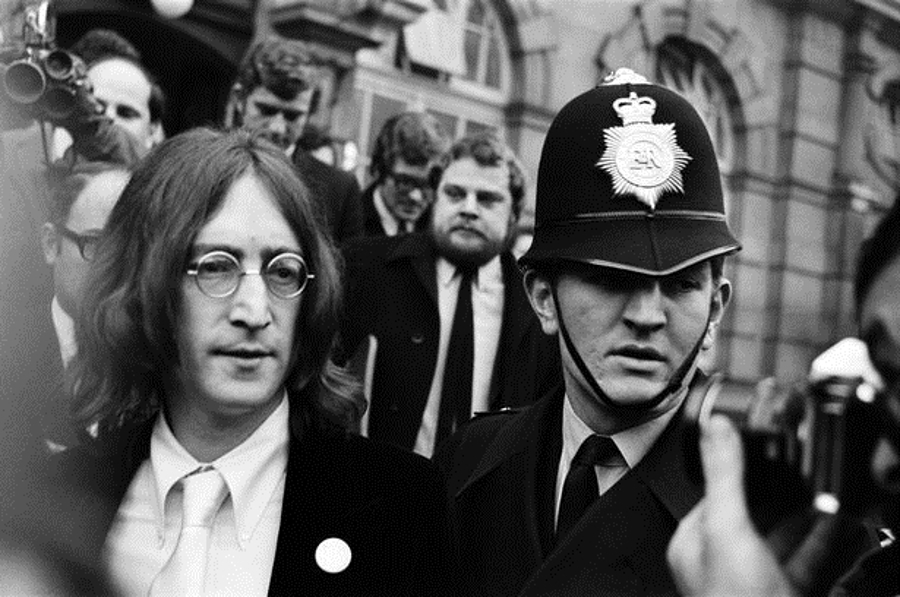 John pled guilty, because he was worried Yoko Ono may be deported from the United Kingdom.

During the hearing Lennon's solicitor, Martin Polden, told the court that Ono had recently lost their baby, which had been a terrible blow to the couple. Additionally, Polden declared that Lennon had renounced drugs after becoming a devotee of Maharishi Mahesh Yogi the previous year, and stressed that the Beatle had "given pleasure to millions" through his music.

The magistrate quashed the charge of obstruction to justice, and fined Lennon £150 plus court costs of 20 guineas. Lennon was also warned that if he was found guilty again of a similar offence he risked a custodial sentence.

It was better when it happened. It's been building up for years – thinking something would happen. Now, the fear has gone a bit. Now you know what it's like, it's a bit different. And it's not too bad; a £150 fine.

Although the judge exercised some leniency, the repercussions of the case continued for Lennon for many years. The conviction was a key factor in the Nixon administration's efforts to deny Lennon a Green Card for residence in the US.