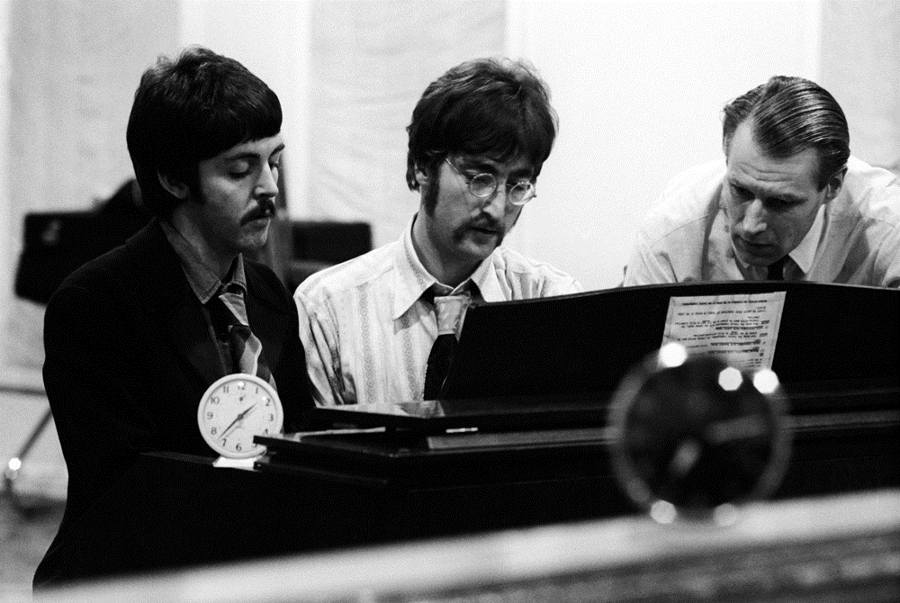 The final song to be begun for the Sgt. Pepper's Lonely Hearts Club Band album was a reprise of the title track. It was recorded in a single session on this day.

The session took place at EMI's enormous Studio One at Abbey Road, between 7pm and 6am the following morning. Nine takes were recorded; an unused attempt, take five, was included on 1996's Anthology 2.

Each member of The Beatles playing their conventional instruments, as a group, for perhaps the only occasion on the album. Paul McCartney sang a guide vocal part, and George Martin joined them on organ.

McCartney, John Lennon and George Harrison overdubbed vocals onto track three of take nine, and maracas and tambourine were added to track four.

Sgt Pepper's Lonely Hearts Club Band (Reprise) was the only Sgt Pepper song not to be given a reduction mix; the four tracks were filled with the initial instruments, the overdubs were added, then it was ready to be mixed for the album.

Nine mono mixes of take nine were made during this session, the last of which was used on the album. Artificial double tracking was applied to the vocals, and some of the crowd noises prepared on March 6, 1967 were added.