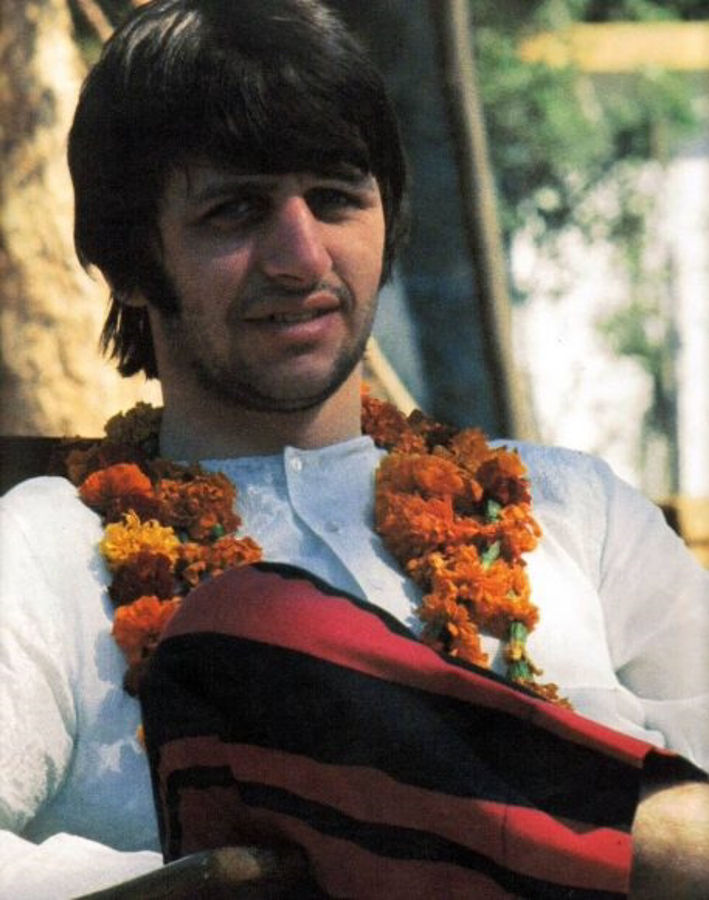 Less than two weeks after their arrival, Ringo Starr and his wife Maureen left Rishikesh to return to England.

The couple were unhappy at having to spend time away from their children. Additionally, Ringo found the spicy food disagreed with him - an intolerance caused by a childhood bout of peritonitis. He had brought a consignment of baked beans with him, and feasted on especially-prepared eggs while in Rishikesh, but found it not enough to entice him to stay.

It's all a bit hard to remember now. I was only there for two weeks, then I left. I wasn't getting what I thought I would out of it.

The food was impossible for me because I'm allergic to so many different things. I took two suitcases with me, one of clothes and the other full of Heinz beans (there's a plug for you). Then one morning the guys who were dealing with the food said, 'Would you like some eggs?' And I said, 'Oh yeah, sure,' and the next morning they said it again. I thought, 'Oh yeah, great - things are looking up.'

Then I saw them burying the shells. That was the first of several incidents that made me think that it was not what I thought it would be. You weren't supposed to have eggs inside this religious and spiritual ashram. I thought: 'What do you mean, you're burying the shells? Can't God see that too?'

We came home because we missed the children. I wouldn't want anyone to think we didn't like it there. I said it was like Butlins holiday camp, we had learnt by then that you could say anything and they'd print it. It was a good experience - it just didn't last as long for me as it did for them.