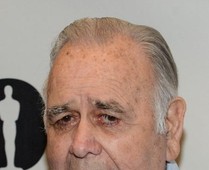 A lot of tributes were made after the death of Jonathan Winters was announced Friday, but one person who was a huge fan of the comic was John Lennon, according to May Pang, who confirmed in an email to Beatles Examiner Saturday that Lennon was thrilled when the two of them met.

Pang, who has written "Instamatic Karma" and "Loving John" about her relationship with Lennon, said in an email, “I was just thrilled to see John that happy ... like a child who was let loose in a candy shop,” she said.